As The Wheel Turns - The Finish Line. 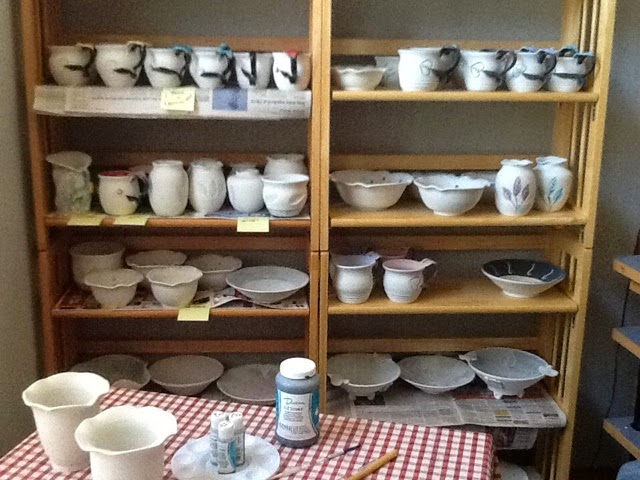 ​Finishing.  It's not my favorite part of the process.  I know it seems weird to hate it because you'd think that seeing a finished piece, the end result would be the best part.  It is.  But getting there in those last stretches of the waxing, glazing, loading the kiln and firing is just no fun.  Here's why.
First: Mess.
While I love throwing wet clay around on a wheel, I hate glazing.  There's mixing the glaze with a drill mixer.  Measuring out the right amount and remixing with water.  Setting up newspapers, papertowels, rinsing bowls, gloves and towels.  Then, no matter how careful I am with all of the above, there are always drips, splashes to be mopped.
Second: Boredom.
The process is boring but it must be done.  And done correctly to ensure a nicely finished piece.  Here's the process:  Position the pot.  Mix the glaze.  Pour glaze over pot.  Wipe excess off the bottom.  Catch drips.  Scrape left over glaze back into container.  Repeat. Dozens of times.
Third: Waiting.
I don't wait well.  But, this process cannot be rushed.  Glaze has to be mixed properly.  Pieces have to be waxed and the wax has to dry.  The glazed pieces have to sit on the shelf and dry. Even after loading the kiln, I have to wait for at least three days to give the pieces time to cool off before I can see how they turned out.
But it all must be done.  So that in the end, each piece is finished.  Hopefully, it will all turn out well and be well worth it.
Posted by Susan Gallacher-Turner at 10:31 AM No comments: 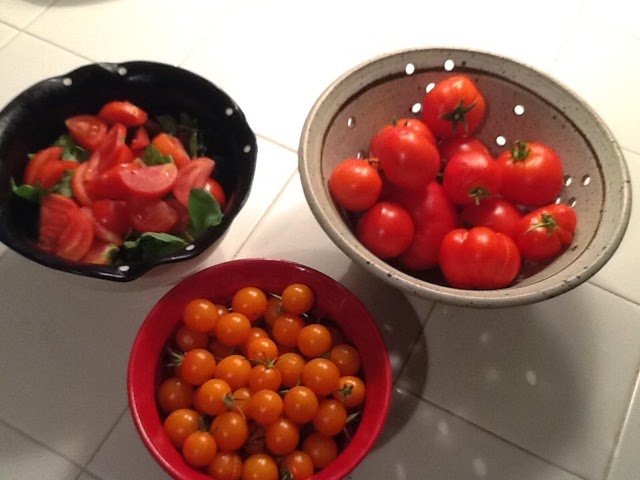 As a kid, I never tasted a really ripe, juicy, sun-ripened tomato.  In the midwest, tomatoes came in a can.  In the northwest, tomatoes are available year round but they are usually underripe, hard and tasteless.
​
I've never been a big fan of fresh tomatoes.  Until now.
​
Now, I grow my own in my little backyard garden.  I'm not an experieced gardener but I've managed to grow lettuce, zucchini, cucumbers, chard and tomatoes.  I've learned along the way what works and what doesn't.  I've figured out that there are good years and bad years for some veggies.
​
This year has been very good tomato year!  I have a mix of juiciness to choose from this year's bumper crop.  From sweet, orange cherry tomatoes to huge, juicy beefsteaks.
​
Recipe ideas abound, of course.  But my favorites are among the basics because they show off the purity and juicy flavor of a truly sun-ripened tomato.
​
​ 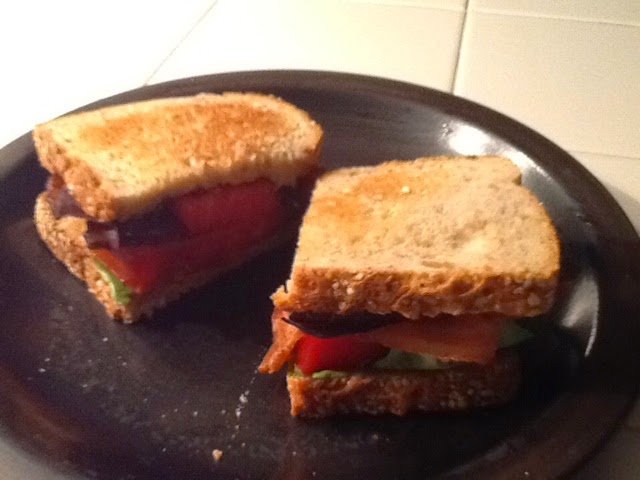 Email ThisBlogThis!Share to TwitterShare to FacebookShare to Pinterest
Labels: Around the house, Cooking, gardening, summer, tomatoes 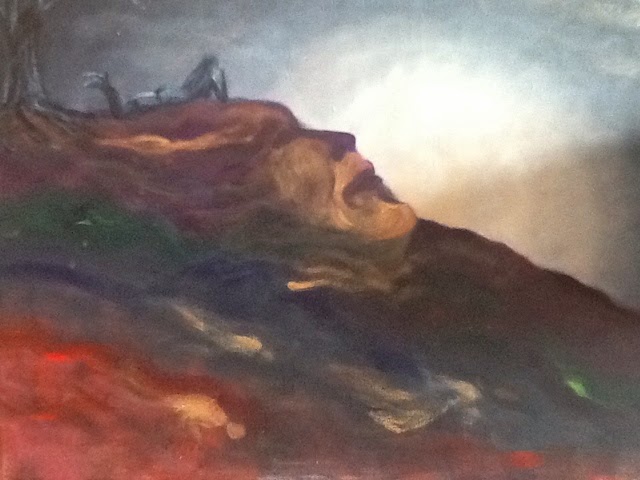 ​I'm sitting in a cool room on a sunny, summer day.  Wondering...why?
Why do such amazingly, talented people kill themselves?
Why do smiling, healthy, loved mothers and fathers and sisters and brothers kill themselves?
Why, with all our technology and health miracles, can't we stop suicide?
I don't understand it.  I'm sad and mad and bewildered.
And I know I'm not alone in how I feel and what I question.  This is a cross-cultural, multi-generational, human problem.  It happens everywhere around the globe since humans began. Many more eloquent writers have written about it than me.  Many of them provide insight and resources and personal experiences.
I don't have that.  I only have a question.
Why?
Posted by Susan Gallacher-Turner at 1:14 PM No comments:

Email ThisBlogThis!Share to TwitterShare to FacebookShare to Pinterest
Labels: Writing

Talking To The Trees: Go around or through? 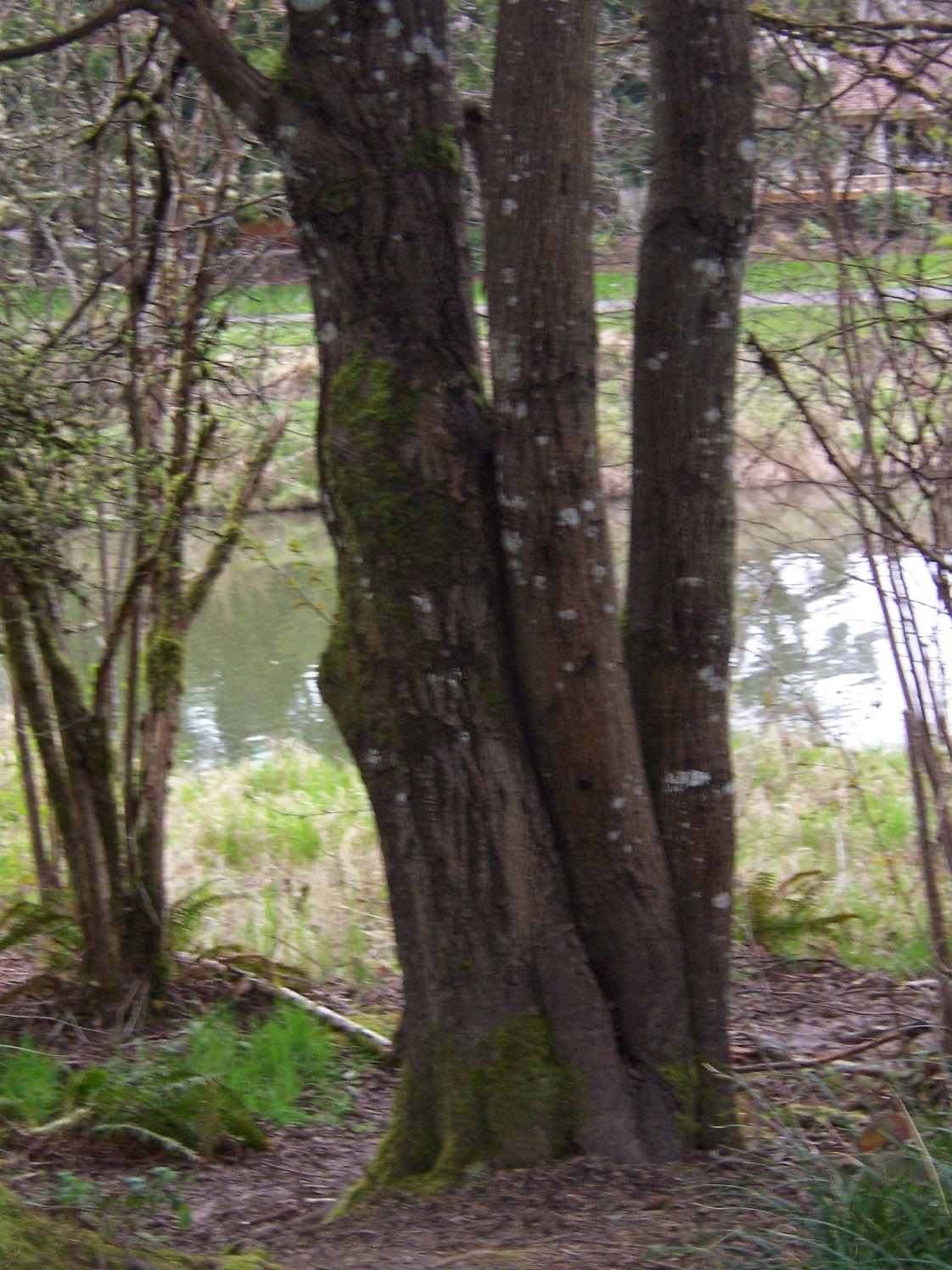 Jilly and I were walking through the woods enjoying the sweet sunshine and light breeze.  She was sniffing here and there.  I was watching the leaves shift and shimmer.  Meandering along familiar path, we were forced to stop, our route blocked by a large clump of fallen birch branches.

I felt disappointed.  I don’t like not being able to go the way I want.  I considered how much time and strength it would take to clear away the branches, then I had a better idea.

I remembered a path up the hill to my left, further ahead, that wound back into the woods by Father Birch.  Jilly and I turned and went that way.  Leaning my tired and tense left shoulder against Father Birches huge, multi branching trunk, I breathed in the fresh summer air and listened.   Here’s what I heard Father Birch say to me.

“You are strong. You don’t have to tense your shoulder, arm or wrist to protect yourself.  It’s strong enough, so are you.  Trust it.”

Tears welled up in my eyes as I took in the wise words.  I wasn’t protecting myself from future injury.  I was holding onto my old injury, weakness and pain that came when I broke my wrist 7 years ago.   I am healed.  I am strong.  And it’s time now, to let go of that old wound and trust my healed bones and muscles.

I walked up the slope and along the winding path from Father Birch to visit the other, smaller birch near the water I call, Mother Birch.  We stopped.  Blocked.  Again.

This time, it was a pile of bare branches long and short, thin and thick from a variety of bushes and trees.  There was no other way to get to Mother Birch, because these branches were piled directly in front of her.  Again, I felt disappointed.  But this time, I was mad.   I looked down at the pile in front of me and made a decision.

I asked Jilly to stay and reached down to the first branch in front of me, picked it up and threw it into the brush beside the path.  One by one, I lifted each branch, big and small, and placed it beside the path to my right.  I slid the bigger branches down the slope to my left.  The last branch, the biggest, had to be lifted up and over my head, around the tree and pushed down the slope and finally came to rest next to a large fern.  I looked up at Mother Birch, down at the ground newly cleared in front of Jilly and me. 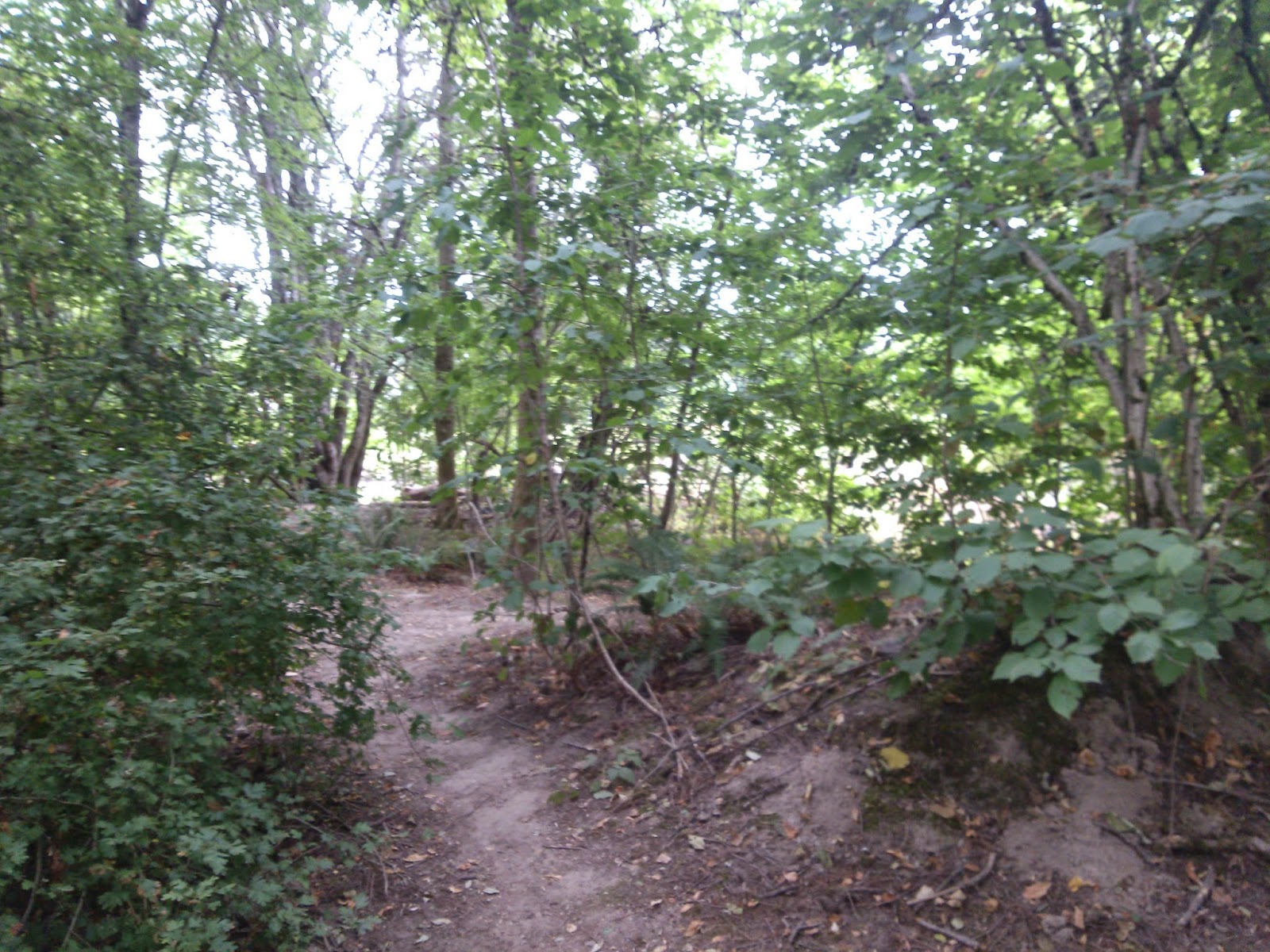 I walked forward, reached out and patted Mother Birch.  Then turned and leaned in.  I felt her kind, strong warmth supporting my back.  I sighed and listened.

Mother Birch said, “Yes.  He’s right about your strength, of course.  But there’s another thing you need to know.  You don’t always need to use it.  But, then, you just proved that, didn’t you?”

I wasn’t sure I’d proved anything.  I’d just taken a different path to Father Birch and cleared some old branches in front of her.  What did that have to do with being strong?

She said, “Knowing that you are strong, believing in your own strength gives you more choices.  You know you don’t need to run and hide.  And you know that you can fight, but you can choose not to.  You can choose another path, or you can clear the path.  It’s up to you.”

Suddenly, I saw what the wood was teaching me today.

First, the path to Father Birch was blocked.  It was big.  I felt it would take a long time for me to clear it on my own.  Then, I realized that I didn’t have to clear it.  I could take another path and still get where I wanted to go.  By going around.

The other path to Mother Birch was blocked, too.  It was a pretty big pile of branches.  I’d heard Father Birch’s words to trust my strength.  I did.  I decided to clear the path so I could get where I wanted to go.  By going through.

Life’s journey takes us down many paths.  Some are hard.  Some are easy.  Some are open.  Some are blocked.  When faced with the blocked paths, now, I realize I can believe in my own strength.  Trust it.  And with that strength and trust, I can make a choice. 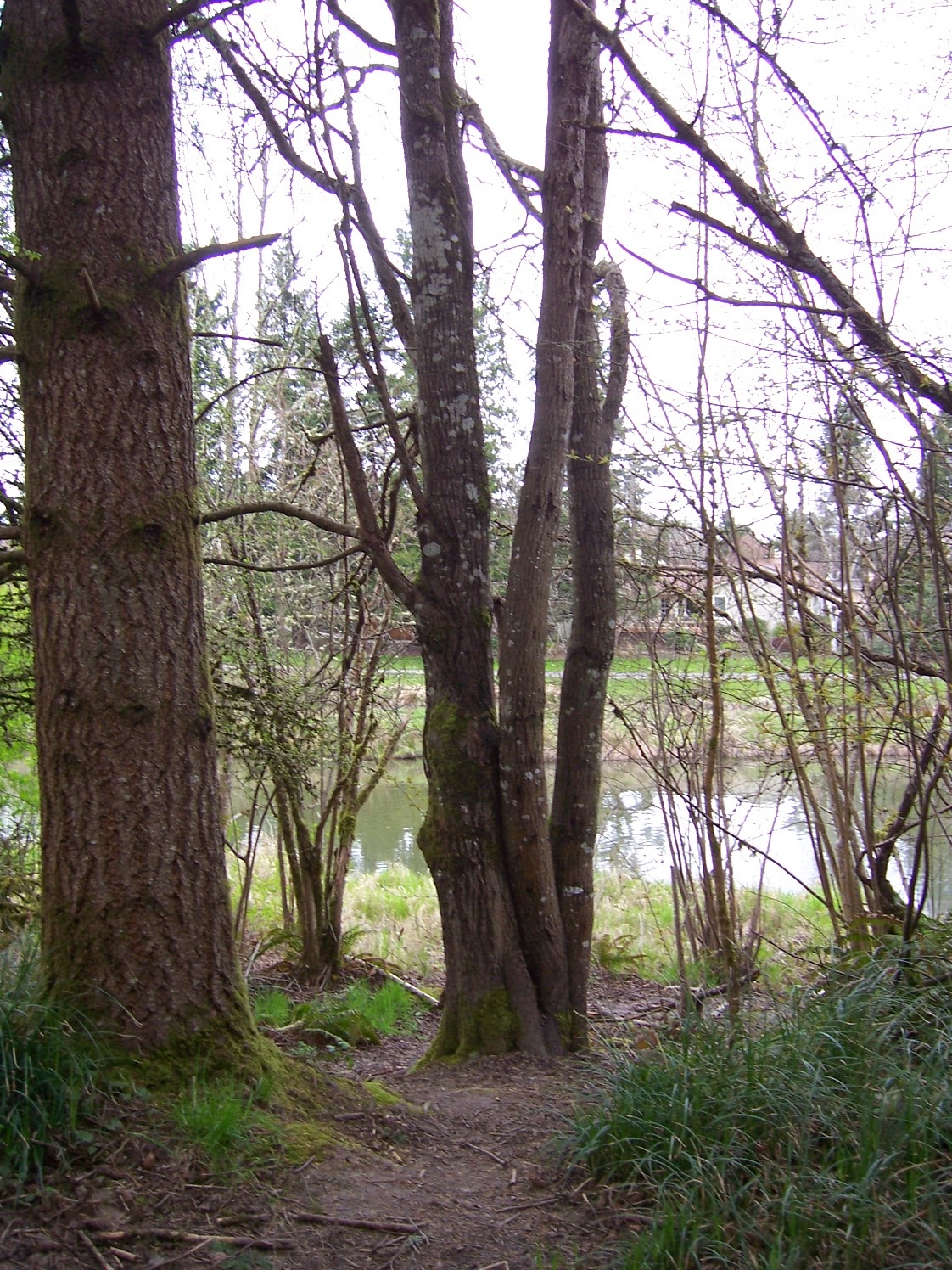 Go around.  Or go through.
Posted by Susan Gallacher-Turner at 3:32 PM No comments: