Artist Statement
I love faces, landscapes, texture and color. When I look out my window, I see faces in the clouds, leaves on the trees, rocks and mountains. These visions shape and inspire my work in functional and sculptural clay, window screening and paint. 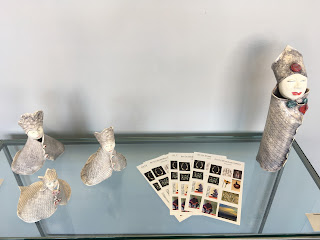